In Japan, smoking foods at home began to gain popularity in the early 2010s. The Japan Smoke Association was founded in 2014. In recent years, compact and convenient home smoking grills and devices have appeared on the market. The self-smoking trend also synergized with the recent popularity of camping and glamping. Now with the pandemic encouraging many people to avoid crowded public areas and closed spaces, both smoking foods in the comfort of one’s home and outside in the great outdoors are potentially attractive activities.

However, not everyone wants to go through the trouble and would rather enjoy smoky flavor in a product they can buy and eat immediately. This explains why “smokeless smoke” flavors, in other words, flavors that reproduce the taste of wood-fired foods but without the fire, have also been trending. Food Ingredients First identified it as an upcoming trend for 2019 and it seems to have maintained its momentum ever since.

Kewpie, Japan’s most famous manufacturer of mayonnaise, has embraced the smokeless smoke trend with a new mayonnaise it will begin selling on February 10th, 2021.

Straightforwardly named 燻製マヨネーズ kunsei mayonezu (literally “smoked mayonnaise”), it will be available in 200 g plastic squeeze bottles, will cost 220 yen + tax, and have a shelf-life of seven months at room temperature before opening.

According to their press release, Kewpie saw potential in providing a mayonnaise product that could enhance the side dishes that people enjoy in their 宅飲み takunomi (a term of recent coinage literally meaning “drinking at home”) during the pandemic.

According to Kewpie’s research on Japanese consumers, mayonnaise is used more often when alcohol is served compared to times when it isn’t. Their new mayonnaise is easy to drizzle over many of the foods people already enjoy when they drink. Moreover, for those who don’t mind spending a few minutes in the kitchen, their Smoky Mayonnaise is a delicious replacement for normal mayo in potato salad and other dishes.

The secret to this mayo’s smoky flavor profile is a special vinegar with a smoked aroma developed by Kewpie Brewing Co Ltd, a Kewpie group company. Using this original vinegar, they were able to trap the smoked scent inside the mayonnaise without using fragrances. Moreover, since they’ve used a special type of plastic bottle that prevents oxygen from seeping in, the mayonnaise retains its smoky flavor for a long time.

Blended into a potato salad 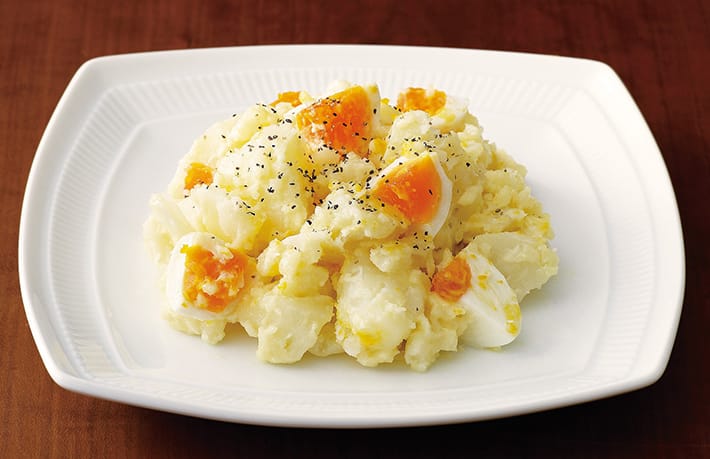 As a dip for veggies, boiled eggs, etc. 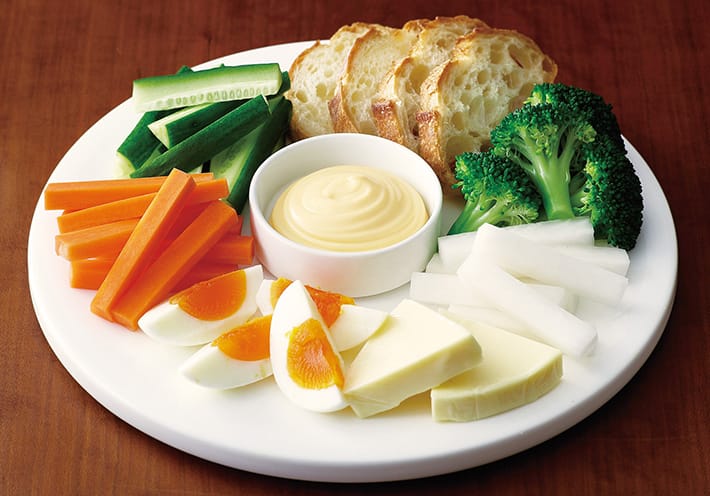 Drizzled on canapés (ham and cheese in the example below) 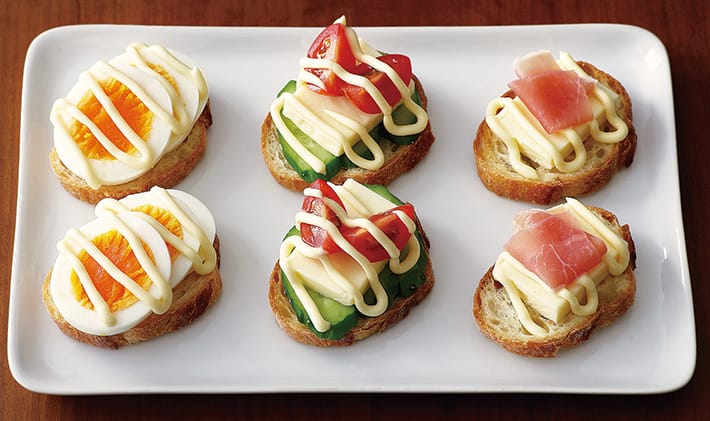 Including the two recipes mentioned above, Kewpie has made a total of 14 recipes available on their official website here (Japanese only).

When it goes on sale on Feb 10, Kewpie Smoky Mayonnaise will be available in supermarkets, grocery stores, and all other retail locations where mayonnaise products are sold in Japan.