Dorayaki is one of the well-known and popular traditional Wagashi (Japanese sweets). These little delights have a delicious subtle flavour palette without an overbearing sweetness, which makes it hard to eat only one.

The honey pancake and azuki bean (red bean) paste are a perfect pairing for a simple yet irresistible treat.

Dorayaki (doh-ra-yaki) are cute and tasty traditional Japanese sweets made from sweet azuki bean paste sandwiched between two fluffy honey pancakes. However, they do differ a bit from regular pancakes. The cake batter of Dorayaki contains honey and mirin so the flavour and texture of Dorayaki is more like the Japanese “Kasutera” sponge cake.

What is Dorayaki made of?

You need the following ingredients to make Dorayaki

When was Dorayaki invented?

Dorayaki originated in Japan many years ago in the early 1900s and is believed to have been based on the shape of a gong (meaning “dora” in Japanese) that was left by a samurai. The longevity of this traditional dessert shows just how popular and delicious it truly is.

I am from the Kansai region of Japan. In Kansai, Dorayaki is known as “Mikasayama Manju”. Because the famous mountain Wakakusayama in Nara prefecture is also called Mikasayama and the round shape of Dorayaki look like the shape of the gentle slope of that mountain.

How to Make Dorayaki?

What to Have Dorayaki with?

Dorayaki is a finger-food sweet that makes it a perfect snack to eat with your hands. It’s portable and easy to pack so you can take it on a picnic or work or school. It’s also a lovely treat to enjoy with Matcha latte or Hojicha roasted Japanese tea for a relaxing Japanese-style afternoon or morning tea.

Traditionally, Dorayaki filling is Anko, the sweet azuki bean paste. But I am aware that if you didn’t grow up with this flavour like me, some people don’t like it. Dorayaki has evolved and nowadays I see many different filling variations. The one quite popular filling is Nutella! My favourite is chestnuts in azuki bean paste. Other popular ones are custard, fresh cream, or a combination of those fillings. Be creative and find your favourite fillings!

Other Japanese Sweets to Check

How long Do Dorayaki Last and How to Store Them?

Dorayaki should last fresh for a couple of days if stored properly in an airtight container. However, if you are like the famous cartoon character, Doraemon, and want to make as many as you can and store them for longer so that you can enjoy Dorayaki every day. Great news because you can! Many Japanese sweets can be stored frozen. Wrap them individually with cling wrap then put them in a zip lock bag. It can be stored in the freezer for a month.

A: This is a sweet treat that I would indulge in once in a while.

A: No because this recipe uses flour but you can substitute this for gluten-free flour.

A: No, this dorayaki batter recipe uses egg so this is not vegan.

Here is the recipe. When you made this and liked it, please leave a comment below and rate the recipe.

To change the measurements to US customary, click “US Customary” underneath the ingredients list. This converts from Metric units to the customary units used in the USA. 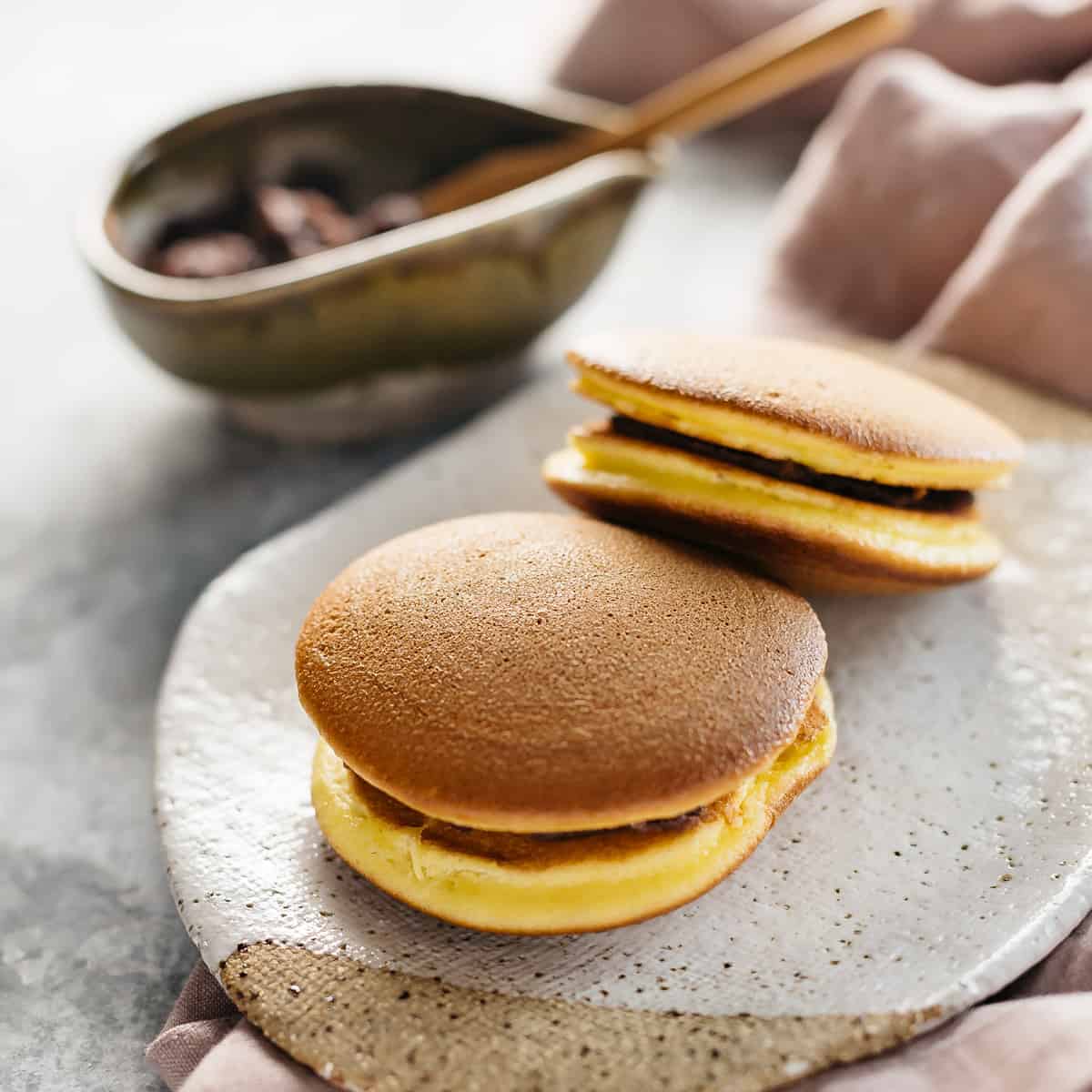 *1 The amount of water depends on the weight of each egg and other ingredient measurement accuracy. You may need between 40-60ml of water.
*2 I used an electric pan so cooked about 4 at once, but if you are using a frying pan, make one or two at a time on low heat.
*3 Store-bought or homemade. If you are going to make one, check the recipe here