It’s all happening here at Starbucks right now, with celebrations in full swing to mark the chain’s 25th anniversary in Japan. That means we’ve been spoilt with specially marked drinkware collections, limited-edition Frappuccinos and now…the arrival of color-changing cups.

We were lucky enough to find a larger version, with a lid and a straw, hiding out on the counter at our local Starbucks. According to staff, the 709-milliliter reusable cup is considerably larger than the other cups in the set, which don’t include a straw and lid.

We didn’t need any convincing to purchase this beauty–in fact we wanted to witness its magical color-changing ability immediately so we ordered an iced coffee at the same time and asked staff to fill our new cup with it.

The outside of the cup started off with a shade of blue-green that reminded us of famous jewelry brand Tiffany’s, but once our drink had been poured into it, the part filled with cold liquid had turned a lovely shade of pink.

After finding ourselves a table, we peeled off the lid and peered inside. This cup had a much larger capacity than most of the reusable cups currently sold at Starbucks, and while we’d hoped that the straw might possess the same color-changing qualities as the cup, alas it was still Tiffany blue. 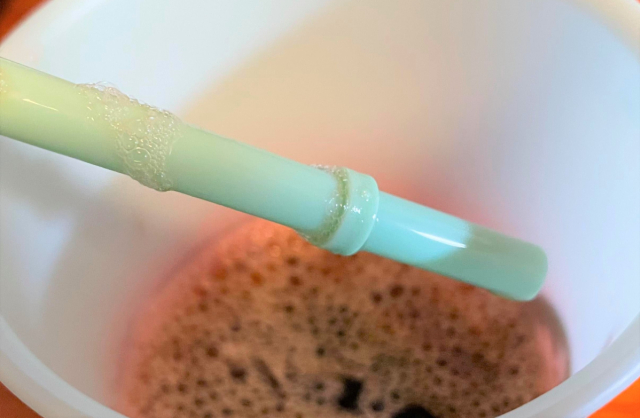 Taking a closer look at the outside of the cup, we fell in love with the gradation of color between the cold and room-temperature portions, which resembled a glorious sunset. 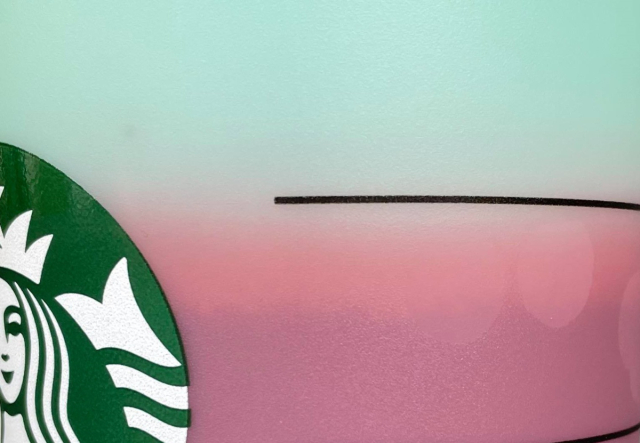 Another neat feature we noticed was the fact that the part of the cup warmed by your hand goes back to being blue, allowing you to create all sorts of colorful patterns on the exterior. 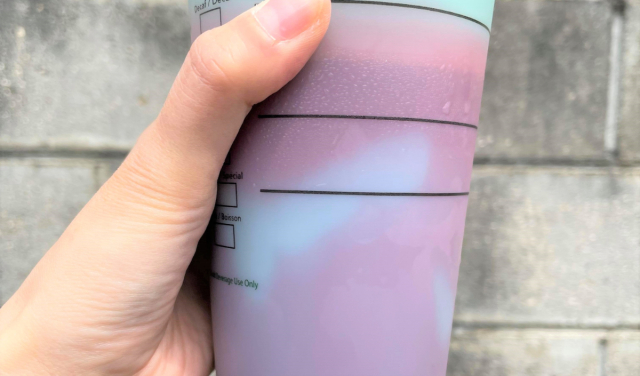 ▼ And once we’d finished the beverage inside, the cup returned to its original hue. 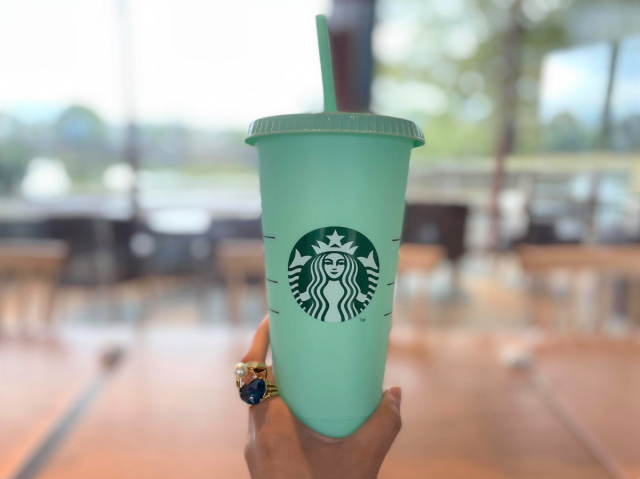 The Color Changing Reusable Cold Cup Green is currently on sale at Starbucks stores nationwide for 550 yen. It’s only available in limited quantities, though, so be sure to get in quick if you’d like to own one, and don’t forget you can pay extra to get it filled with one of these new tiramisu drinks, for a drinking experience that tastes just as sweet as it looks.