Yakiniku, or Japanese barbecue, is a popular meal option when you’re visiting Japan. Literally meaning “grilled meat,” it’s also the most unlikely dish you’d typically associate with a vegan menu. But now, thanks to Next Meats Co Ltd, a Japanese company developing and commercializing meat analogue products (currently plant-based) as a solution to the global food crisis, the seemingly impossible has been achieved.

After their initial success with their Next Burger series, now in its third iteration with version 1.2, Next Meats set its sights on yakiniku, and after careful research and development, they’re finally ready to launch their product line.

Introducing the Next Yakiniku Series 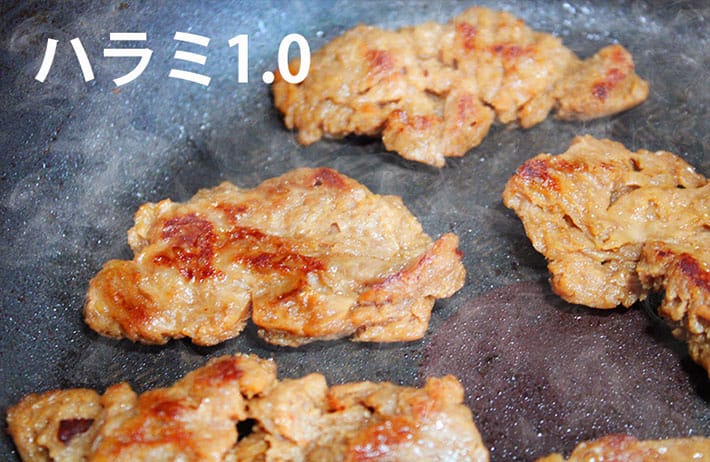 The Next Yakiniku series are plant-based, made from vegetable protein (soybean). Next Meats have been developing their products in collaboration with a long-established factory that has been making vegan foods for 30 years.

Next Yakiniku uses no additives, so it is perfect for those who want to transition to a healthy lifestyle while still enjoying the texture and flavor of yakiniku. Compared to meat-based yakiniku, it has less than half the fat and double the protein, so it’s also ideal for athletes. Next Meats is kicking off the lineup with “Kalbi 1.0”, which has a savory Kalbi flavor, and “Harami 1.0,” which is soft and juicy and has a satisfying taste.

You can eat them as they are, or topped on rice:

To find out more about the Next Yakiniku lineup, visit the product page here.