Delicious and sustainable ‘Modern Australia’ at Prince Hotels in Tokyo

It is the sixth year for this national food and wine fair to be held, during which the hotels’ numerous restaurants and bars feature Australian menus and wines, and special stay plans are offered with Australian products.

Along with the theme “organic” from last year, “sustainability” was designated as a theme for this year, which is reflected in the selection of the fair’s brands and products.

Australia is known to be a nation that is advanced in the field of organic food and products (in contrast to Japan, often cited for its late and slow growth of organic market among first world, high-income nations), and with high awareness for the environment and sustainability. With full support from the Australian Embassy in Japan, the fair showcases the latest trends in Australian gourmet and wine, as well as the organic and sustainable aspects of the modern Australian lifestyle.

The Prince Gallery Tokyo Kioichio is offering the “Roses for You” stay plan, featuring amenities from the organic cosmetics brand “KOSMEA” in the luxury hotel’s deluxe room.

Making its debut in Japan at this fair is Brookfarm, a healthy and sustainable snack and cereal company, which will be featured on restaurant menus and sold at hotel boutiques. Run by the Brook family, Brookfarm is based in Byron Bay with a macadamia plantation that helps to regenerate the native rainforest and provide a haven for wildlife. 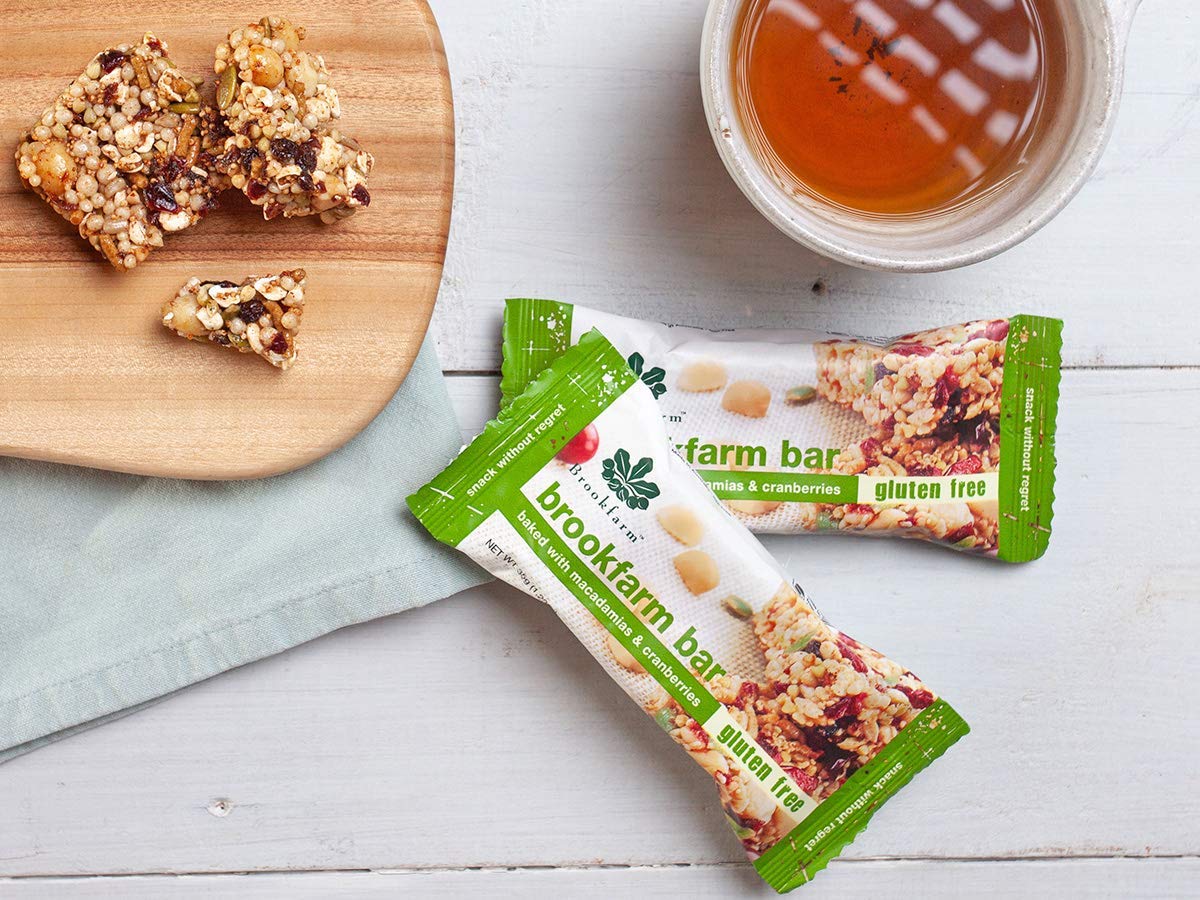 The company’s passion for sustainability continues at their production facilities, which are all solar-powered by on-site solar panels. Products range from mueslis, granolas, muesli bars, nut blends and macadamia oil, as well as items catering for specific dietary requirements such as gluten-free, vegan and paleo. (For more info, contact the importer Maybell Japan Co Ltd.)

At Shinagawa Prince hotel’s signature Table 9 restaurant and Tokyo Fusion Dining, there will be special course menus by Australian star chef Scott Pickett, owner chef of the much-lauded Estelle in Melbourne. Unfortunately due to covid-19 travel restrictions, the chef is not able to be present at the fair this year, but his creative cuisine featuring Australian produce can be enjoyed in either a lunch or dinner course at the venues. 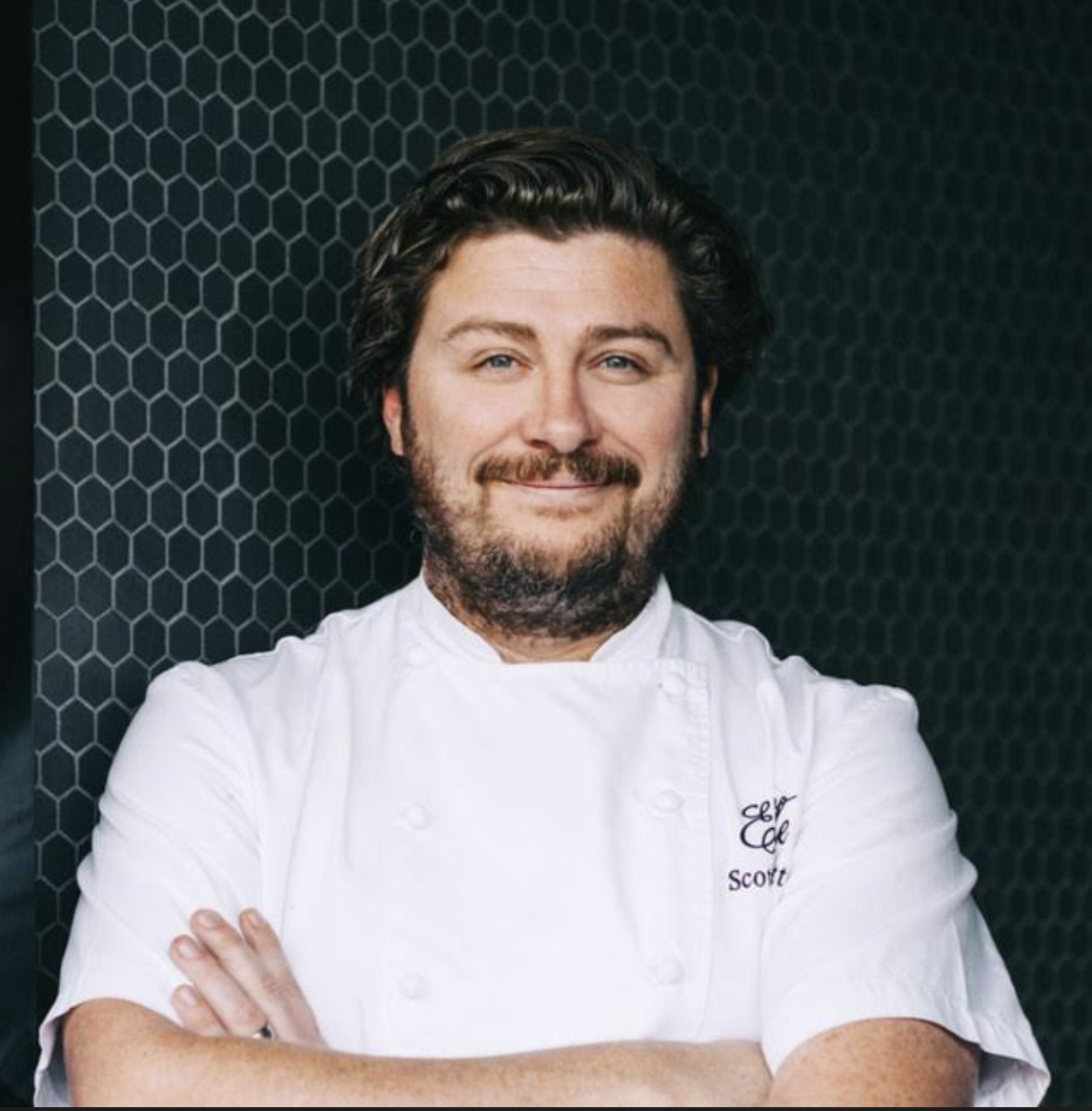 To celebrate the launch of the fair, a reception party was held at the Prince Park Tower Tokyo on Aug 28, with guests from the media and various stakeholders attending. Interest for the event was as much for the fair as for the “new style banquette” being proposed by the Prince Hotel Group in the new age of “living with corona.”

This reception was the first of its kind held by the Prince Hotel with strict social distancing and disinfectant standards in place according to the “Prince Safety Commitment,” the hotel group’s individually set hygienic standards implemented at all of their hotels. 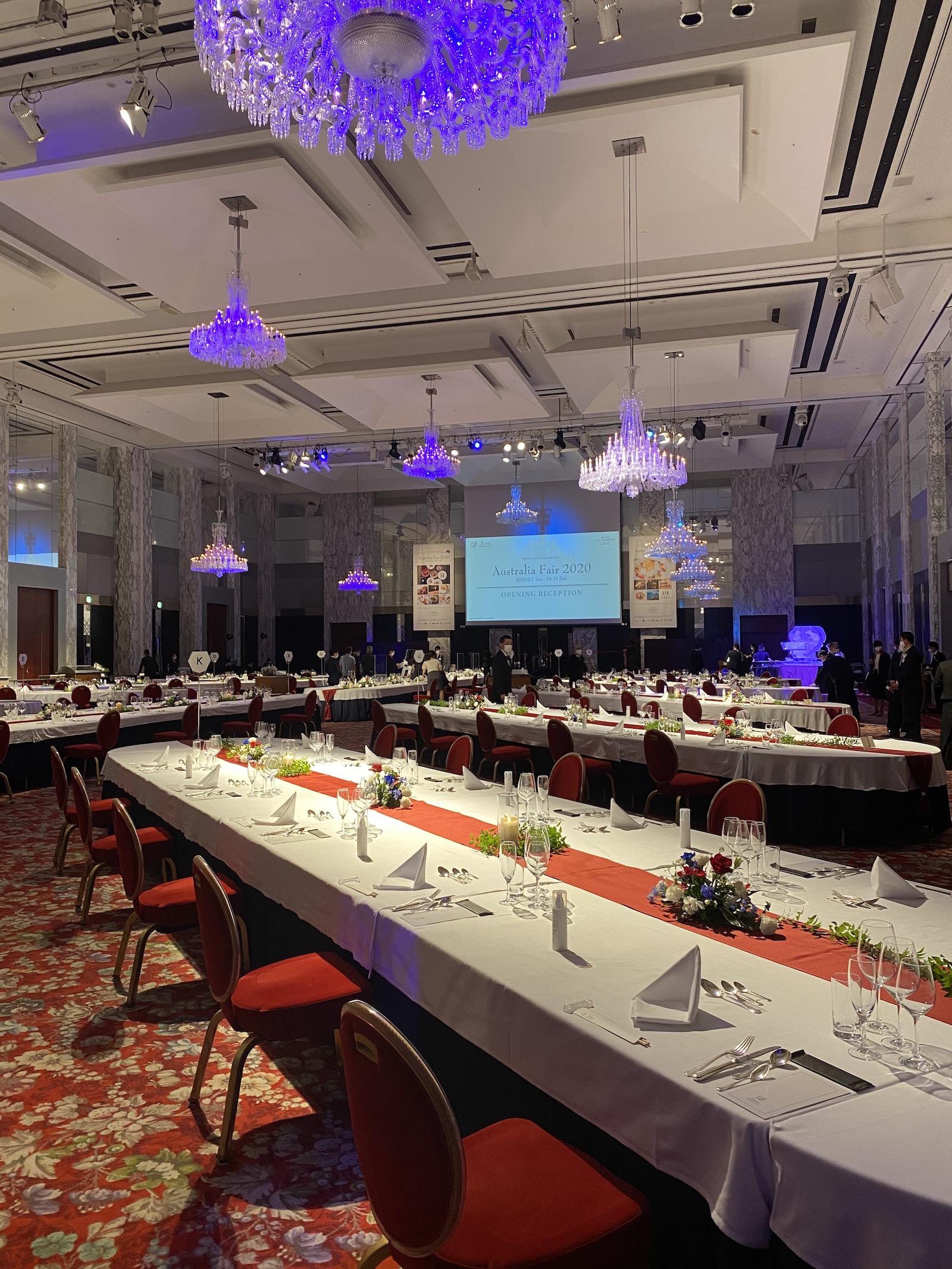 The new social-distancing banquette was conducted sit-down style, with guests seated several feet apart at long dining tables and masked servers making rounds with trays and trolleys carrying dishes and wines. Disinfectant sprays of sterilized water were provided at all the seats. 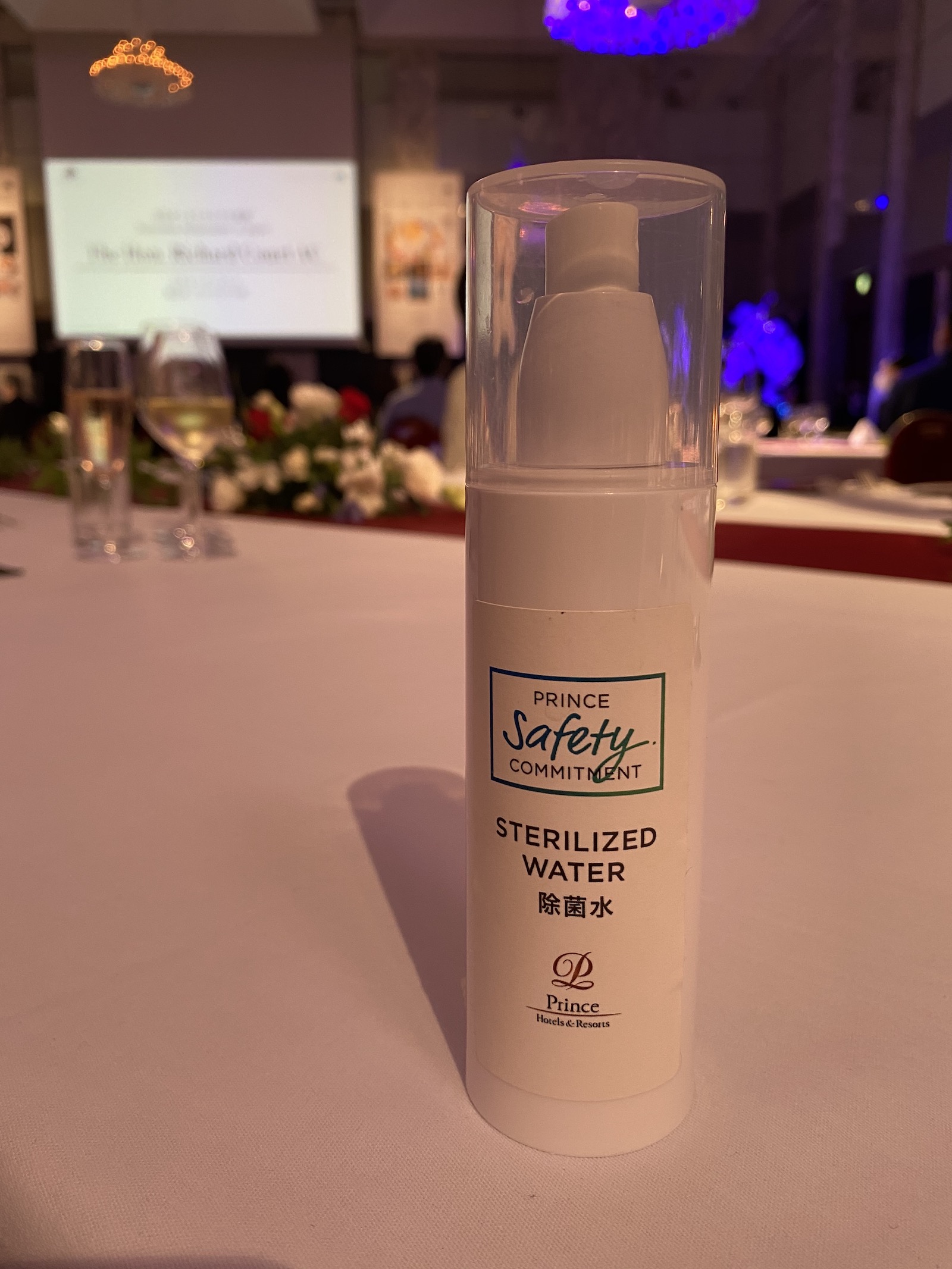 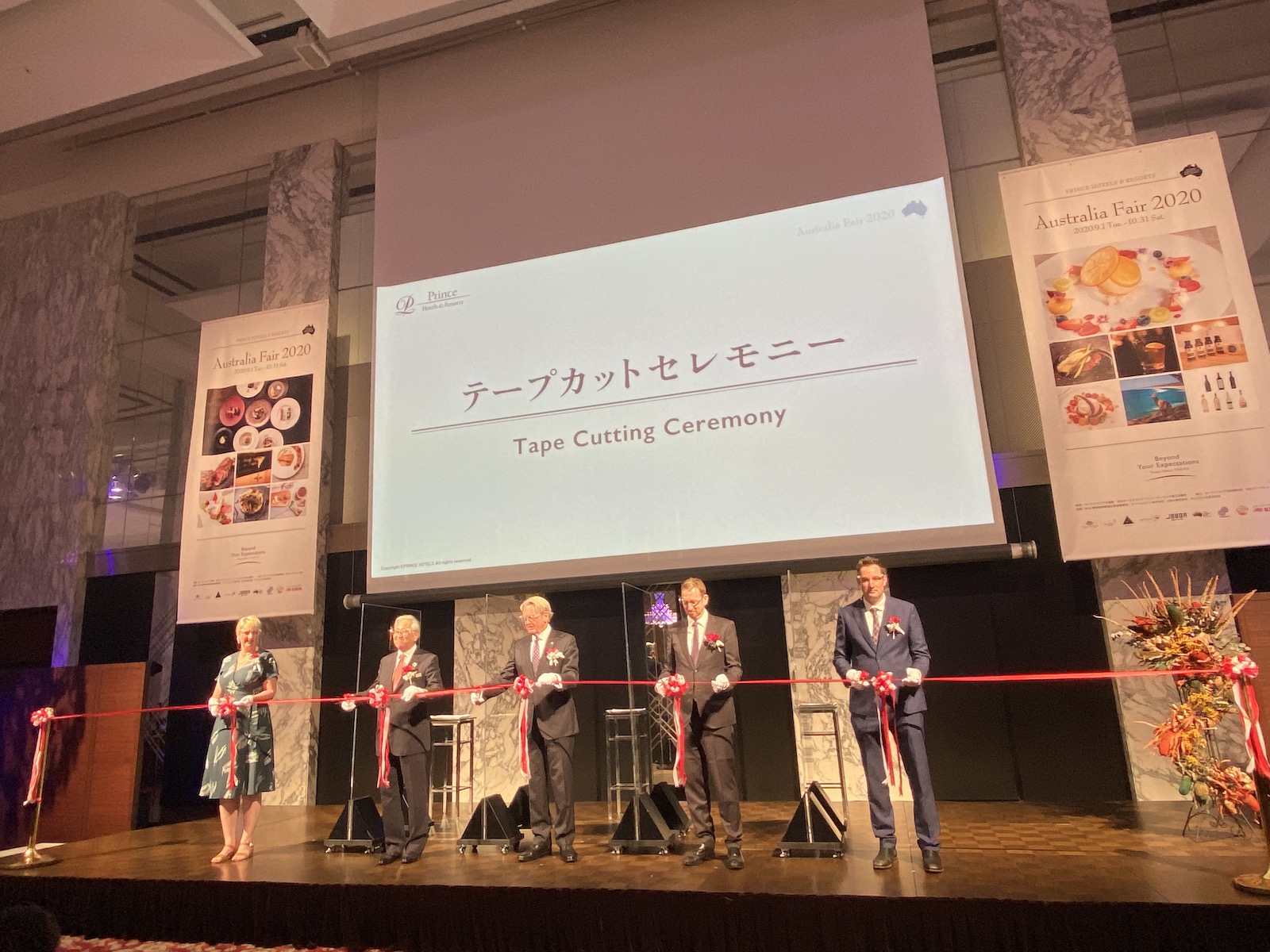 The socially distanced reception was certainly something no one has ever experienced before, and although there were moments of bemusement among guests, it proved to be feat for the Prince Hotel in taking the initiative to create this new style of social get-together. It is likely that this is the new normal for hotel banquettes and events in the age of corona.