Barbacoa is a chain of Brazilian themed buffet restaurants around Japan that offers a range of meats seasoned and barbecued with that special churrasco style zest that’s also low in oil.

As great as that sounds, sadly it’s going to take more than that to get many people to venture out into the increasingly cluster-filled streets of urban Japanese cities to try some.

Barbacoa is well aware of this, and they have been working hard at creating an alternative way to enjoy their food. The fruits of these labors can now be bought as the Barbacoa BBQ Set for 7,000 yen.

The set contains four kinds of meat: two cuts of picanha (sirloin cap), two cuts of alcatra (rib eye steak), one piece of chicken, and two sausages. All in all, it is said to be enough to feed two to three people and also comes with three types of sauces and rock salt for seasoning. 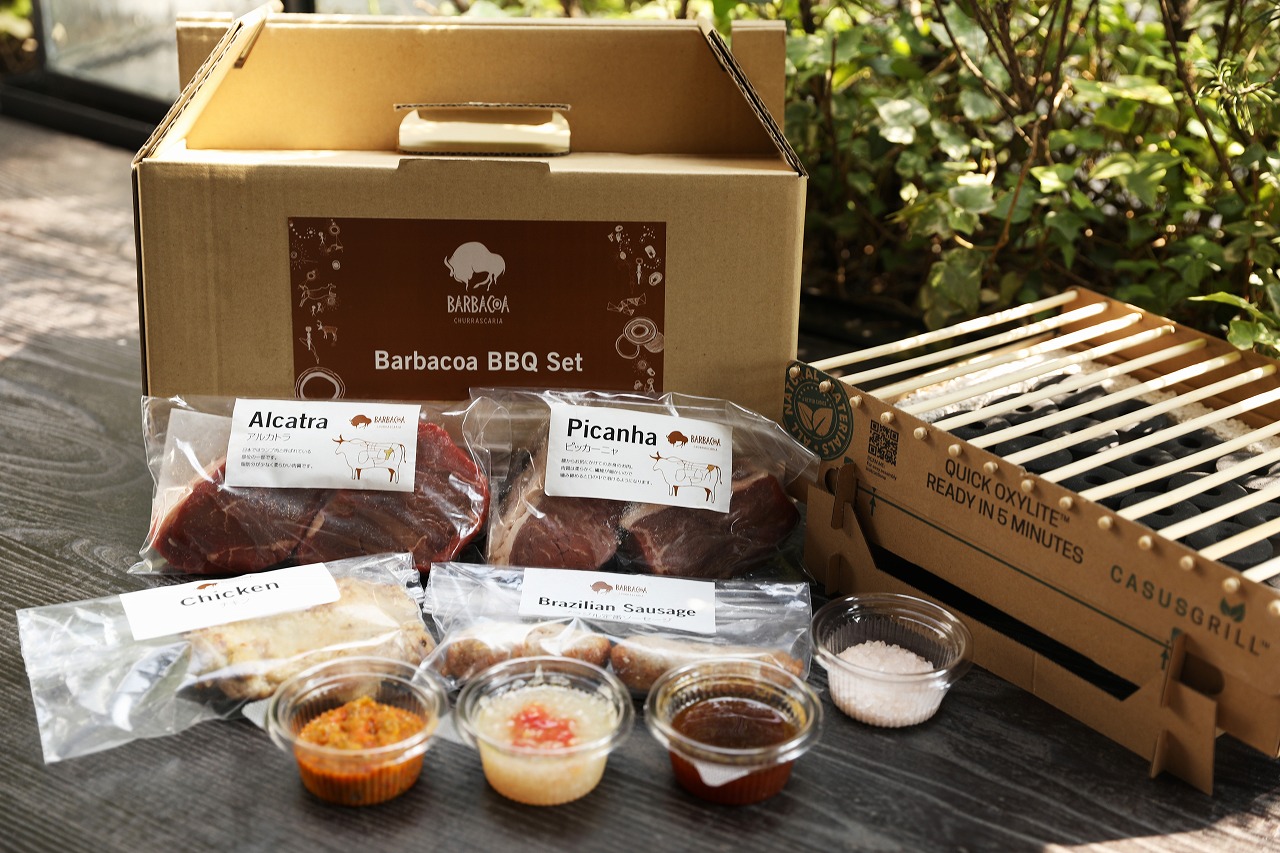 If that still isn’t enough, especially ravenous diners can order sirloins and salad for additional costs. Disposable cutlery and a real steak knife is also available to be purchased for the most impromptu of barbecue lunches.

But the most impressive part of this package is the disposable BBQ that is also included. This one-kilogram cardboard grill is made with all-natural ingredients such as bamboo and stone and can grill for up to 60 minutes.

It’s easy to set up and use too for quickly ducking into the park for a picnic. There’s also a handy instructional video to show you how to prepare your meals just like the pros.

And since it’s disposable, there’s no need for messy cleanups or hauling around a bunch of dusty equipment. In other words, it’s great for people who want to slip out for a quick lunch outdoors but don’t want to linger too long in public places.

— BBQ bug-free and in style with cute new bug-repellent coil stands, just in time for summer

— New solo grill, perfect for when you next ditch work and run off into the woods